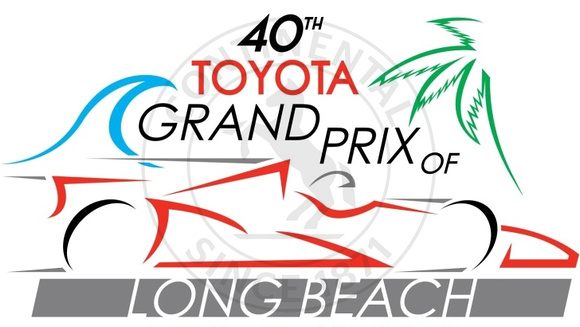 The Toyota Grand Prix of Long Beach is an open-wheel race held on a street circuit in Long Beach, California. Christopher Pook is the founder and promoter which began as a vision while working at a travel agency in downtown Long Beach. It was the premier circuit in the Champ Car from 1996, and was the first event in the World Series each year from 2004. The 2008 race was the last race for Champ Cars as the series merged with the Indy Racing League, and is now an event on the Verizon IndyCar Series calendar.
The Long Beach Grand Prix in April is the single largest event in the city of Long Beach. Attendance for the weekend regularly reaches or exceeds 200,000 people.
The Long Beach Grand Prix is the longest running major "street" race held on the North American continent. It started in 1975 as a Formula 5000race on the streets of downtown, and became a Formula One event in 1976. Incredibly, in an era when turbocharged engines were starting to come to prominence in Formula One, Long Beach remains one of the few circuits used from the time Renault introduced turbos in 1977 until the last Long Beach Grand Prix in 1983 that never once saw a turbo powered car take victory.
John Watson's win for McLaren in the final race at Long Beach holds the F1 record for the lowest ever starting position for a race winner. In a grid consisting of 26 cars, Watson started 22nd in his McLaren-Ford. That same race also saw Watson's team mate (and 1982 Long Beach winner) Niki Lauda finish second after starting 23rd on the grid. René Arnoux, who finished third in his Ferrari 126C2B, was the only driver to ever finish on the Formula One podium at Long Beach using a turbocharged car.
From 1984 to 2008 it was a CART Indycar/Champ Car event. Other popular events during the Grand Prix week include a Firestone Indy Lights race, a Tudor United SportsCar Championship race, and the Toyota Pro/Celebrity Race.
The Long Beach Grand Prix has been announced since 1978 by Bruce Flanders (and his assorted guest announcers).
© Action Sports Photography, Inc.
User Agreement
Cancel
Continue